Warning: "continue" targeting switch is equivalent to "break". Did you mean to use "continue 2"? in D:\wwwroots\www.sonic-center.org\includes\classes\user.php on line 515
 John A. Rogers - Team | SONIC Center 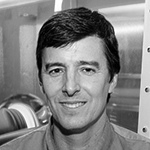 John A. Rogers obtained B.A. and B.S. degrees in chemistry and in physics from the University of Texas, Austin, in 1989. From MIT, he received S.M. degrees in physics and in chemistry in 1992 and the Ph.D. degree in physical chemistry in 1995. From 1995 to 1997, Rogers was a Junior Fellow in the Harvard University Society of Fellows. He joined Bell Laboratories as a Member of Technical Staff in the Condensed Matter Physics Research Department in 1997, and served as Director of this department from the end of 2000 to 2002. He is now the Lee J. Flory-Founder Chair in Engineering at the University of Illinois at Urbana-Champaign, with a primary appointment in the Department of Materials Science and Engineering. Rogers’s research includes fundamental and applied aspects of materials and patterning techniques for unusual electronic and photonic devices, with an emphasis on bio-integrated and bio-inspired systems. He has published more than 300 papers and is inventor on more than 80 patents, more than 50 of which are licensed or in active use. Rogers is a Fellow of the IEEE, APS, MRS, and AAAS, and he is a member of the National Academy of Engineering. His research has been recognized with many awards, including a MacArthur Fellowship in 2009 and the Lemelson-MIT Prize in 2011.