Warning: "continue" targeting switch is equivalent to "break". Did you mean to use "continue 2"? in D:\wwwroots\www.sonic-center.org\includes\classes\user.php on line 515
 Farhan Rana - Team | SONIC Center 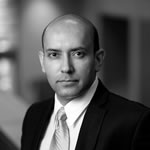 Farhan Rana is the Joseph R. Ripley Professor of Engineering and the Associate Director of Electrical and Computer Engineering at Cornell University. He received the B.S., M.S.(1997), and Ph.D. (2003) degrees all in Electrical Engineering from the Massachusetts Institute of Technology (MIT). Before starting the Ph.D., he worked at IBM’s T. J.Watson Research Center on Silicon nanocrystal and quantum dot flash memory devices. He joined the faculty of Electrical and Computer Engineering at Cornell University, Ithaca, NY, in 2003 and started the semiconductor nanostructures and optoelectronics research group. He has more than 200 publications in refereed journals and conferences. He received the US DefenseAdvanced Research Projects Agency (DARPA) Young Faculty Award in 2008, the US National Science Foundation (NSF) CAREER Award in 2004, the ILX Lightwave Faculty Award in 2005, Cornell's Michael A. Tien Excellence in Teaching Award in 2006, and the College of Engineering Teaching Award in 2010. He has also received several best paper awards including the "Most Downloaded Paper" title in 2008 by the IEEE Transactions on Nanotechnology. In 2013, he was ranked among the top 10 professors at Cornell University by the Business Insider magazine. He was awarded the Cornell's College of Engineering Outstanding Research Award in 2016.