Warning: "continue" targeting switch is equivalent to "break". Did you mean to use "continue 2"? in D:\wwwroots\www.sonic-center.org\includes\classes\user.php on line 515
 Eric Pop - Team | SONIC Center 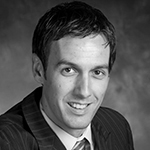 Eric Pop received his Ph.D. in EE from Stanford (2005), the M.Eng./B.S. in EE and B.S. in Physics from MIT. Between 2005-2007, he did post-doctoral work at Stanford, then worked at Intel on nonvolatile memory. He was with the Electrical & Computer Engineering (ECE) department at UIUC, first as Assistant (2007-2012) and then Associate Professor with tenure (2012-2013). He joined the Electrical Engineering faculty at Stanford in 2013 as an Associate Professor. His research interests are in energy efficient electronics, novel 2-D and 1-D devices and materials, and nanoscale energy conversion and harvesting. His awards include the 2010 Presidential (PECASE) award from the White House, the highest honor given by the US government to Early-Career Scientists and Engineers. He is also a recipient of the ONR Young Investigator Award (2010), the NSF CAREER Award (2010), the AFOSR Young Investigator Award (2010), the DARPA Young Faculty Award (2008), the Arnold O. Beckman Research Award (2007), several best paper/poster and teaching/advising awards. He is presently the Technical Program Chair for the IEEE Device Research Conference (DRC), and has also served on program committees of the IEDM, APS, ISDRS, and Nano-DDS conferences. He is an IEEE Senior member, and a member of MRS and APS.