Warning: "continue" targeting switch is equivalent to "break". Did you mean to use "continue 2"? in D:\wwwroots\www.sonic-center.org\includes\classes\user.php on line 515
 Boris Murmann - Team | SONIC Center 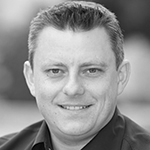 Boris Murmann joined Stanford University in 2004, where he currently serves as a Professor of Electrical Engineering. He received the Ph.D. degree in electrical engineering from the University of California at Berkeley in 2003. From 1994 to 1997, he was with Neutron Microelectronics, Germany, where he developed low-power and smart-power ASICs in automotive CMOS technology. Dr. Murmann’s research interests are in the area of mixed-signal integrated circuit design, with special emphasis on data converters and sensor interfaces. In 2008, he was a co-recipient of the Best Student Paper Award at the VLSI Circuits Symposium in 2008 and a recipient of the Best Invited Paper Award at the IEEE Custom Integrated Circuits Conference (CICC). He received the Agilent Early Career Professor Award in 2009 and the Friedrich Wilhelm Bessel Research Award in 2012. He has served as an Associate Editor of the IEEE Journal of Solid-State Circuits and as the Data Converter Subcommittee Chair of the IEEE International Solid-State Circuits Conference (ISSCC). He is the program chair for the ISSCC 2017 and a Fellow of the IEEE.