Warning: "continue" targeting switch is equivalent to "break". Did you mean to use "continue 2"? in D:\wwwroots\www.sonic-center.org\includes\classes\user.php on line 515
 Patrick P. Mercier - Team | SONIC Center 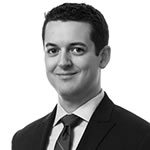 He is currently an Assistant Professor at the University of California, San Diego (UCSD) in the department of Electrical and Computer Engineering, and the Associate Director of the Center for Wearable Sensors. His research interests include the design of energy‐efficient microsystems, focusing on the design of RF circuits, power converters, and sensor interfaces for miniaturized systems and biomedical applications.

Prof. Mercier was a co-recipient of the 2009 ISSCC Jack Kilby Award for Outstanding Student Paper at ISSCC 2010. He also received a Natural Sciences and Engineering Council of Canada (NSERC) Julie Payette fellowship in 2006, NSERC Postgraduate Scholarships in 2007 and 2009, an Intel Ph.D. Fellowship in 2009, a Graduate Teaching Award in Electrical and Computer Engineering at UCSD in 2013, the Hellman Fellowship Award in 2014, the Beckman Young Investigator Award in 2015, the DARPA Young Faculty Award in 2015, and the UC San Diego Academic Senate Distinguished Teaching Award in 2016. He currently serves as an Associate Editor of the IEEE Transactions on Biomedical Circuits and Systems and the IEEE Transactions on Very Large Scale Integration, and is a co-editor of Ultra-Low-Power Short-Range Radios (Springer, 2015).