Warning: "continue" targeting switch is equivalent to "break". Did you mean to use "continue 2"? in D:\wwwroots\www.sonic-center.org\includes\classes\user.php on line 515
 David Blaauw - Team | SONIC Center 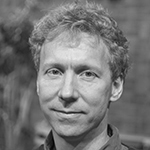 David Blaauw received his B.S. in physics and computer science from Duke University in 1986 and his Ph.D. in computer science from the University of Illinois at Urbana-Champaign in 1991. Until August 2001, he worked for Motorola, Inc. in Austin, TX, where he was the manager of the High Performance Design Technology group and won the Motorola Innovation award. Since August 2001, he has been on the faculty of the University of Michigan, where he is a Professor. He has published over 450 papers, has received numerous best paper awards and nominations, and holds 45 patents. His research has a threefold focus. He has investigated adaptive computing to reduce margins and improve energy efficiency using a new approach he pioneered, called Razor, for which he received the Richard Newton GSRC Industrial Impact Award. He has active research in resilient circuit design for wearout and error-prone silicon. His latest work is focused on ultra-low-power computing using near-threshold and subthreshold computing for millimeter sensor systems and high-performance serve farms. That work recently led to a processor design with record low power consumption, which was selected as one of the year’s most significant innovations by MIT’s Technology Review. He was general chair of the IEEE International Symposium on Low Power, the technical program chair for the ACM/IEEE Design Automation Conference, and a several-year member of the IEEE International Solid-State Circuits Conference’s technical program committee. He is an IEEE Fellow.